Switzerland without the skis

When I first saw the itinerary of my trip to central Switzerland in the middle of winter I thought there was a page missing. Where was the bit where we skiied for days? I’d been to Switzerland before and all I’d done was ski and eat mountains of chocolate.

It turns out that there’s a lot more to Switzerland than sliding down mountains with bits of carbon fibre and plastic strapped to your feet. On a six-day trip we went snow shoeing through mountain forests by moonlight, sledded down mountains so fast that our eyes streamed, raced snow mobiles around like badass James Bond villains, tried out curling – a ridiculously slippery bowls-like sport played on an ice rink, strapped on helmets and slid down slopes on airboards (lilos with handles) and ate our body weight in cheese (tip: don’t go to sleep after eating fondue unless you want psychedelic nightmares).

From the lovely car-free village of Wengen we caught a train which took us through a snow blizzard where you couldn’t see where the mountains ended and the sky began and into a steep tunnel inside a mountain glacier all the way up to Jungfraujoch at 3454 metres. Feeling tipsy from the altitude, we walked inside the Ice Palace – tunnels containing ice sculptures and American white oak barrels of maturing Swiss whisky carved out of the glacier. We managed about three minutes outside to take photos of the spectacular view before our fingers froze and our teeth started to hurt – it was -20 degrees with 30 kilometre winds.

From Wengen we took a train and a cable car up to Murren, an even lovelier little village of 350 people and cabin porn wherever you look where instead of cars going down the streets you have skiers and sledders whizzing past and Christmas is not limited to the 25th of December – a month on, all the festive decorations will still strung up in the streets and perched in windows of houses. Our guided tour of Murren (led by the head of village tourism who also worked in the police force and fire brigade) consisted of going inside the village’s fire truck (and seeing its blue lights whirl) and walking down the main street of a few restaurants, bakery and postcard shops and meeting just about every Murren resident.

Above Murren is Schilthorn mountain, which has some pretty epic-looking off-piste ski runs (which no one was on that day because of planned avalanche detonations) and Piz Gloria – a revolving restaurant featured in the Bond movie On her Majesty’s Secret Service – at the top. The cable car played Bond music, there was a cardboard cut out of George Lazenby stuck outside in the arctic winds at the top of the mountain and a very cool James Bond interactive exhibition featuring such things as a simulated helicopter flight over the mountain. We ate 007 burgers and 007 pasta washed down with 007 cappuccinos in the revolving restaurant which had just about the best lunchtime views of anywhere, ever – picture endless vistas of the snow-covered Bernese alps and tiny matchbox villages in the far distance.

The last stop on the trip was Engelberg, which was founded as a monastery about 1000 years ago when a monk spotted an angel above one of the dramatic peaks that surrounds the village. You can stay in the village like we did and travel by cable car to go sledding, snow mobiling, tubing (like river tubing but on slopes) or skiing, or wear an extra pair of long johns and stay on Trubsee mountain in the igloo hotel. At a temperate 1 degree, the hotel’s not exactly cosy but it’s a pretty magical place to spend a night. There’s a restaurant with wooden fur-covered stools where you’re served fondue (a lingering smell of cheese permeates the icy passages here), a blue-lit bar where you’d probably want to drink as much hot gluhwein as you can to warm up and rooms that sleep between two and six people, each with beautiful ice carvings in the wall of different animals, furnished with sleeping bags that can keep you toasty in temperatures as low as -40 degrees. My favourite were the jacuzzis – rooms with skylights melted in the roof and bubbling hot jacuzzis. I can’t imagine anything more romantic than sitting in there at night as snow falls on you, drinking some Swiss wine.

From Trubsee we had a ride up to the top of Mount Titlis (cue juvenile humour) on the world’s first revolving aerial cable car, watching skiers make their way down treacherous-looking black runs as we headed up to what looked like the world beyond the wall in Game of Thrones. In -15 degrees we jumped up and down on Europe’s highest suspension bridge as it swayed in the whipping winds and took selfies while our fingers froze and I remembered what explorer Sir Ranulph Fiennes’ hands looked like after his last Antarctic expedition.

When you go on a skiing trip you generally stay in one resort – and days are a wonderful routine of waking up, carbo loading, riding the cable car up and skiing all day, with breaks for hot chocolate and cheesy Alpine food. You don’t end up exploring much or seeing anywhere else other than the ski runs of the village. What I loved about this trip was how much we travelled around. We traversed the breadth of the tiny snowy country by train, travelling up and down white tree-covered mountains that looked like Christmas cards, winding around glacier-studded peaks, past chocolate-box-cute villages of steep-roof wooden cabins, tiny churches and graveyards as neat as mathematical paper and through valleys with lakes the colour of Halls blue cough lozenges.

The spectacular train rides alone would have been worth a trip to Switzerland – there aren’t many other places in the world with that kind of railroad scenery. In fact, you could easily spend a whole week riding trains and taking photos out the window, eating delicious pretzels from stalls in the stations you stop at and sleeping at charming family-run alpine hotels with fireplaces and thick hot chocolate and bircher muesli for breakfast. Or you could spend a trip just taking cable cars to the top of ridiculously beautiful mountains, or spend all day sledding through trees, high on adrenaline and cheese. Or all of the above.

Getting to Switzerland from South Africa

Edelweiss flies to Zurich direct from Cape Town on Tuesdays and Fridays during the winter season – October to May. Swiss Air flies direct to Zurich from Johannesburg daily.

Switzerland is just about the easiest country to travel around, with an amazing network of rail, funicular and cable cars – and everything runs exactly on time (as in, to the second). Because we were going to be doing a lot of moving around, we got Swiss Passes – an all-in-one ticket that allows you to travel by road, rail and waterway for the duration of your stay. 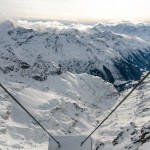 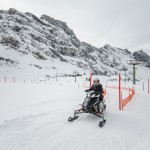 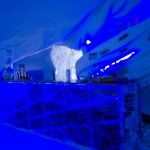 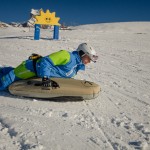 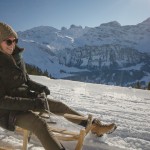 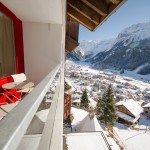 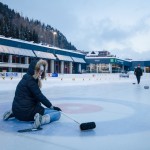 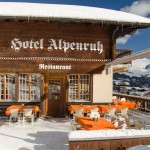 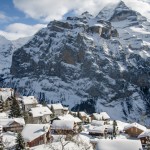 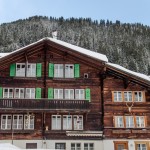 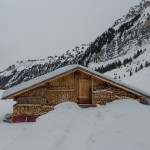 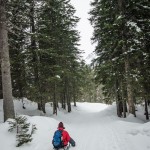 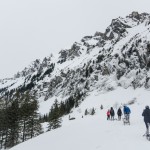 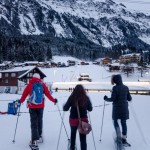