Hot air ballooning in Cappadocia: the best airborne experience you can have

I’ve floated above the gemsbok on the dunes of the Namib Desert and over majestic forts in Rajasthan (which I thought were pretty amazing experiences), and I thought I’d ticked hot air ballooning off my list of cool things to do. Then I went hot air ballooning in Cappadocia, central Turkey.

As the purple sky of dawn melted away and the sun’s first rays glinted on the horizon, 100 balloons (one of them containing me) slowly rose into the sky in between volcanic mushroom-shaped chimneys and caves carved into the hillside with gaping entrances like the mouths of ghosts. We rose hundreds of metres above an epic landscape of gorges, valleys, fairy chimneys, mountaintop rock villages, vineyards and rock castles and I had one of those ‘is this really happening?’ moments of wonder at the surreality of it all. For the next hour, as the sun soaked the land in golden light, we floated among multi-coloured balloons, all seemingly suspended between earth and sky, in between rock fairy chimneys (we got so close you could almost touch them), down into valleys where we skimmed over grape vines and soared up to get an incredible panorama of snow-capped mountains and vast plains.

Cappadocia is one of the world’s best hot air ballooning destinations. While you can balloon over plains of the Serengeti or the dunes of Namibia (highly recommended), there’s nothing like being amongst so many other hot air balloons at once in one of the planet’s most unique landscapes. There are loads of fascinating things to do in Cappadocia, like visit underground cities and thousand-year-old cave churches, but hot air ballooning definitely tops the list. It’s a pretty pricey splurge for only an hour (I paid €180 for my balloon flight – a bit extra than the standard amount to get a smaller basket with less people) but it’s so worth it – in a year’s time you won’t even think about the money you’ve spent, and you’ll have the memory of the magical flight forever.

How safe is hot air ballooning?

Just to be sure, I opted to pay a bit more for my balloon ride and go with a reputable company that had been recommended in my guidebook (Voyager Balloons). There are some companies that charge pretty low prices compared to the more established companies – I would suggest forking out the extra couple of Euro to make sure you get an experienced, qualified pilot. 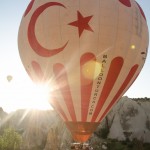 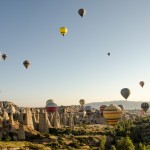 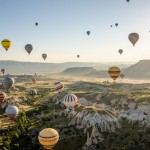 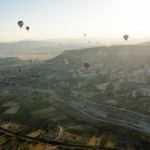 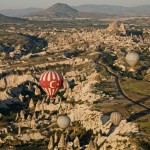 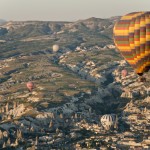 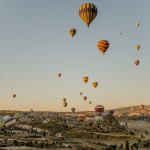 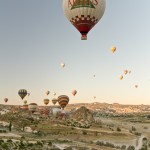